SHARE
Contents
How can I use the free cloud storage function?Will the 360 doorbell be stolen easily?Where should I install it 360 doorbell?Where should I place the memory card? Is it safe?Detection message reminderHow can I set the tamper-resistance alarm and what are specific functions?What’s the capacity of the 360 doorbell battery and how can I charge it?What is the meaning for different statuses of the 360 doorbell indicators?What is the meaning for different statuses of the indicators on the signal base station?What are differences between data storage in the memory card and the smart housekeeping device.Where is the video stored on the TF card?How to enable a family member to answer the call?Why can’t I receive message notifications?How can I upgrade the firmware?How can I obtain device logs when the 360 doorbell is offline?How can I send invitations to my family members to use the 360 doorbell?What’s the function of do-not-disturb when the user is at home?

How can I use the free cloud storage function?

Will the 360 doorbell be stolen easily?

Where should I install it 360 doorbell?

Where should I place the memory card? Is it safe?

Speed mode: If you select the function of immediate notification upon person detection, the doorbell sends notifications immediately when detecting a person.

Notification upon long stay: The doorbell sends notifications in 15s if a person stays for a long period.

Video recording without notification: The doorbell records videos but does not send notifications.

How can I set the tamper-resistance alarm and what are specific functions?

What’s the capacity of the 360 doorbell battery and how can I charge it?

The capacity is 5000 mAh. To charge the battery, separate the doorbell and the backplane using the tool and connect the removed doorbell to a USB cable to charge it. Before charging, disable the tamper-resistance alarm function.

What is the meaning for different statuses of the 360 doorbell indicators?

During the charging process, the red indicator is steady on.

After the charging is completed, the green indicator becomes off.

When the doorbell is disconnected from the signal base station, the green indicator blinks.

When the connection is normal, the indicator is off.

What is the meaning for different statuses of the indicators on the signal base station?

When the signal base station is started up, the green indicator blinks and the device enters the configuration state.

When the device is online, the blue indicator is steady on.

When the device is in the configuration state, the green indicator blinks.

When the device is offline, the green indicator blinks.

In the firmware upgrade process, the red indicator is steady on.

When the base station is powered on, the green indicator is steady on.

What are differences between data storage in the memory card and the smart housekeeping device.

Smart housekeeping: After a video is recorded, the server recognizes figures and then pushes the video.

Where is the video stored on the TF card?

When the doorbell starts to record a video, it creates a 360Cam directory in the root directory of the TF card.

The doorbell generates a video directory every day (for example: 2015-04-19), which contains video clips saved every hour.

How to enable a family member to answer the call?

You can set up to three accounts to receive call notifications in “Doorbell Call Receiving Permissions” in app settings.

Why can’t I receive message notifications?

1 Check whether the notification function is enabled on the app.

2 Check whether the do-not-disturb function is enabled when the user is at home.

3 Check whether the call notification permission is enabled.

4 For details about the settings of keep alive in lock mode, see the corresponding documents.

How can I upgrade the firmware?

You can check whether there is a new firmware version in “Firmware Version” in settings. Please upgrade the firmware to the latest version as soon as possible since there are function updates in the new version.

How can I obtain device logs when the 360 doorbell is offline?

1 When the device is offline or has other problems, remove the TF card, connect it to the computer, and create the LOG folder in the TF card.

2 Insert the TF card into the base station.

3 Remove the TF card when you hear a click sound.

How can I send invitations to my family members to use the 360 doorbell?

You can send invitations to family members by WeChat account number or mobile number. After a family member logs in to the system, he/she can view the live image outdoor and play back videos. If the call notification permission is authorized, the family member can answer the call when someone presses the doorbell.

What’s the function of do-not-disturb when the user is at home?

When this function is enabled, if you are at home and your phone is connected to the Wi-Fi network, you will not receive the doorbell calling, forced removal alarms, and housekeeping messages over your phone. 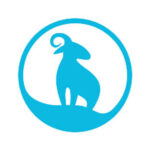 How to reset blurams camera
Next Article 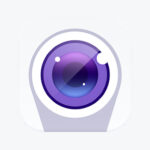 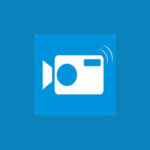 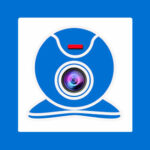 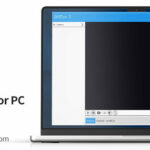 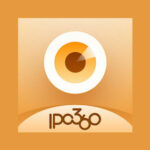 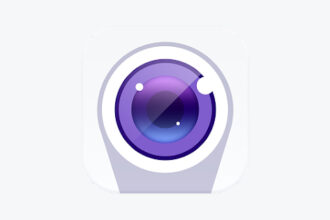